Ikaria is one of the islands of the Northeastern Aegean belonging to the district of Samos. It is located 10 n.m. (19 km) west of Samos and 143 n.m. from the port of Piraeus. You can travel to our island by ferry of by plane both running more frequently during summer months

The island is connected by ferry in its two ports, Evdilos and Agios Kirikos. Evdilos is located in the north side, at the center of the island and a distance of 25 km (30 min-drive) from the home of the seminar, while Agios Kirikos (the capital of Ikaria) is located in the southeastern side at a distance of 60 km (1 and ½ hour-drive) from Raches. The ferry connection to Piraeus is carried out by Hellenic Seaways/Blue Star Ferries (“Nissos Mykonos/Nissos Chios/Nissos Rhodos”). These ferries connect Ikaria with Syros, Mykonos, Fournoi, Samos, Chios, Lesvos, Lemnos and Kavala, and from 5/5 to 9/9 also with Lipsi, Leros, Kalymnos, Kos, Nisyros, Tilos, Simi, Rhodes and Kastellorizo. During the summer months, Dodekanisos Seaways runs a high-speed service between Samos, Fourni, Ikaria, Patmos, Lipsi, Leros, Kalymnos and Kos twice a week. There is also a regular local ferry service between Agios Kirykos, Samos and Fourni.

The airport of Ikaria is located in Faros on the side of Agios Kirikos at a distance of 70 km (1 hour and 40 min-drive) from the home of the seminar. The island is connected by plane from/to Athens  and  Thessaloniki ( and Lemnos) through Aegean Airlines and Sky Express.

Bus service in Ikaria is an unresolved riddle. Believe it or not, nobody knows the bus times till the last minute.
We know however this year's schedules... 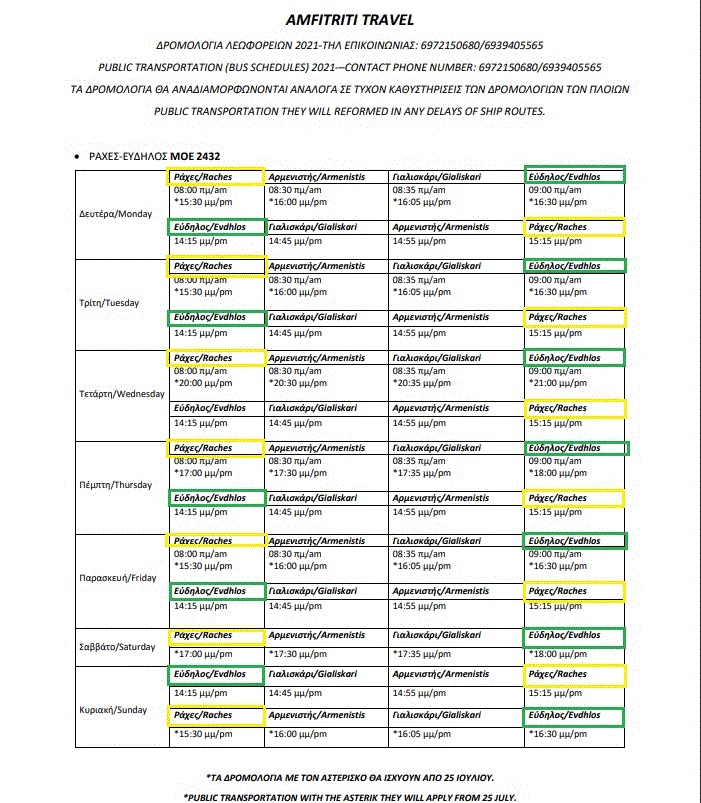 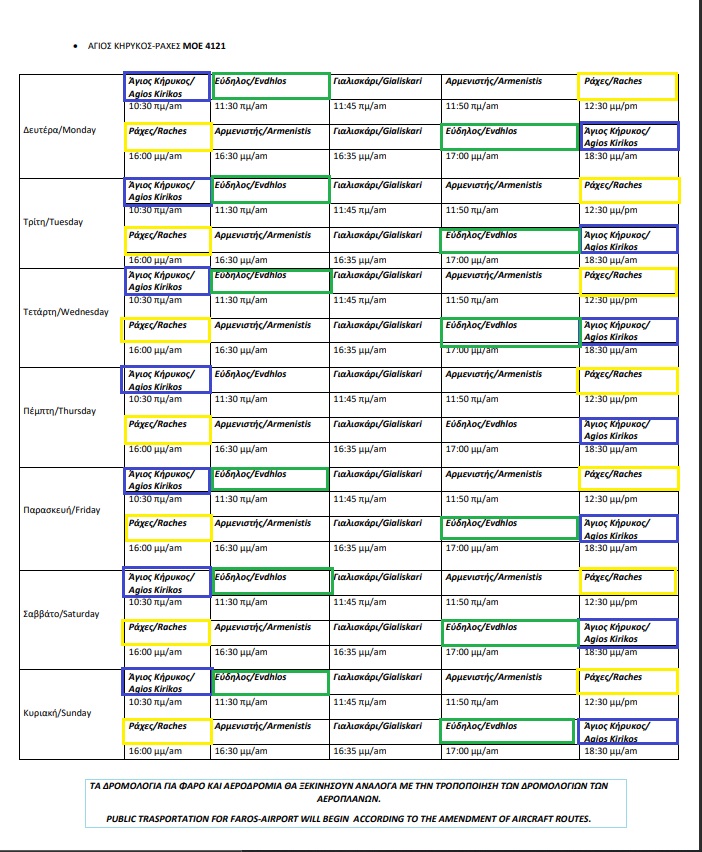 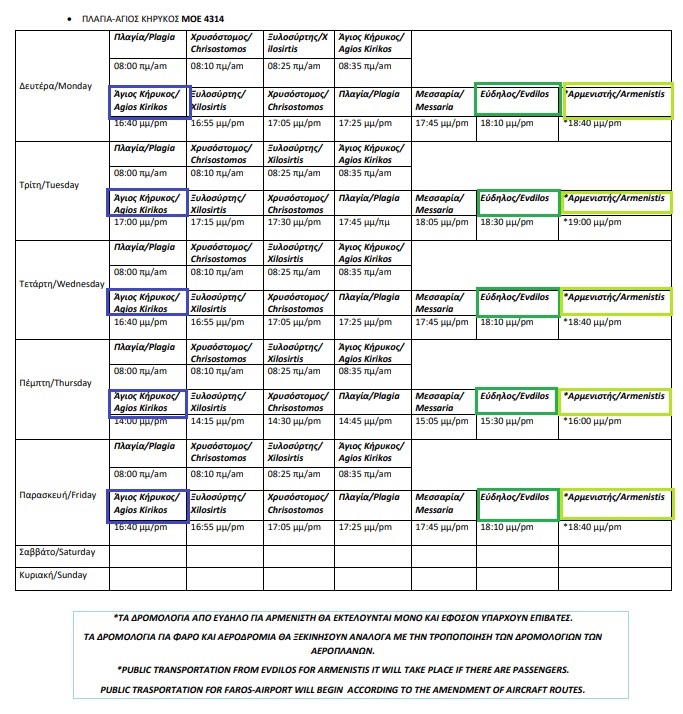 Taxis in Ikaria run on telephone appointment. Here are some phone numbers. You will have to use the code for Greece (0030) before the number, if you are calling from a non greek mobile number.