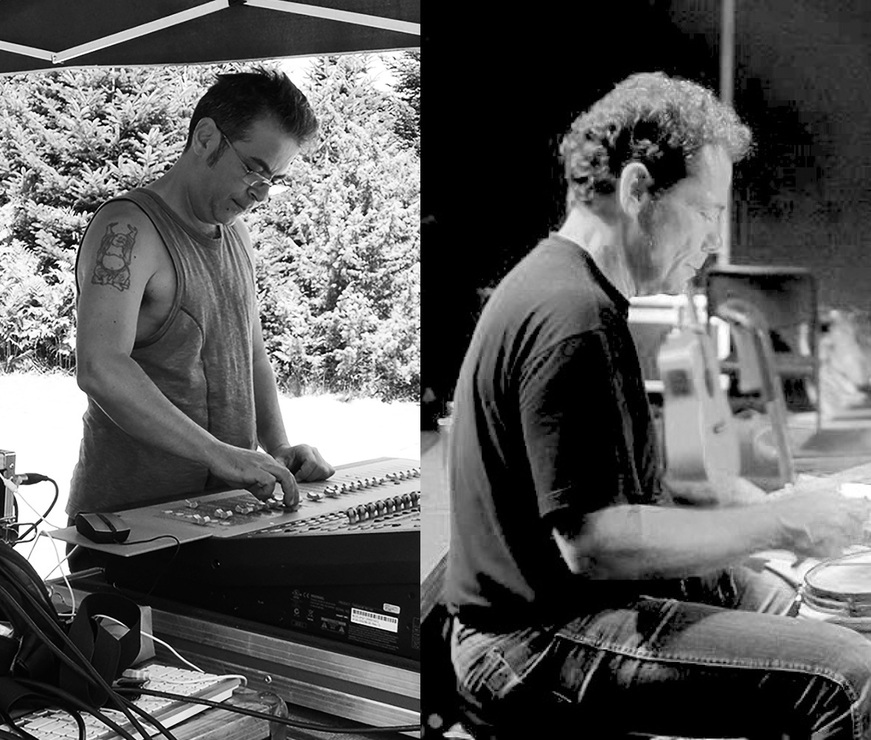 * This lesson will be taught primarily in Greek. Terminology will be explained in other languages as well, according to the teacher’s disposal. Interpretation will not be provided.

Christos Harbilas was born in Athens in 1963.
In 1981, he graduated from the Evangelical Model Pilot Middle School of Nea Smyrni, where he learnt the basic elements of music theory. In 1983, he joined a band called 343 Kila Kreas on drums.
In 1989, he moved to Thessaloniki, where he teamed up with Titos Karyotakis in the band O.S.L.T. and he started working as a sound engineer at Alpha Sound in Thessaloniki.
In 1990, he worked as a sound technician at the Jam recording studio.
In 1993, he studied sound engineering at Sound Academy in the Netherlands.
From 1994 to 2002, he worked as a sound engineer and music producer at the Magnanimous studio of Giannis Petzikis. During these years, he was involved with the recording sessions of albums by Xilina Spathia (on their most famous albums Xessaloniki, Pera ap tis polis tis asfaltou and Mia matia san vrohi), Tripes (Krata to show maimou, Kefali gemato chrisafi, Apo ’do kai pano), Thanasis Papakonstantinou (Vrachnos Profitis, Agrypnia, Thanasis Papakonstantinou and the Laikedelica), Manolis Famellos (Kathos mikreni I mera, I eftichia ine afto) and Sokratis Malamas (Ena) to name but a few.
From 1994 to 1998, he worked as a technical sound manager at the club Mylos in Thessaloniki, and he was also the sound engineer on tour with Xilina Spathia and, at a later stage, with Thanasis Papakonstantinou.
From 1999 to 2014, he took part in album recordings and concerts - both as a musician and a sound engineer - of Giannis Aggelakas (& I Episkeptes), I Anases Ton Lykon and Giorgos Christianakis’ ensemble.
Since 2003, he is the owner of the Royal Alzheimer Hall studio, with Titos Karyotakis.
Since 2015, he has been working as a Certified Adults Trainer at the Department of Sound Engineering and Music Production of the Public Institute of Vocational Training in Epanomi.

He began his musical studies in 1978.

Since 1986 he has cooperated as an intern and later as a sound engineer in “Agrotikon” studio  of Nikos Papazoglou.

He has cooperated with studio JAM and with the sound engineering company ALPHA STUDIO in Thessaloniki.

He studied in SOUND ACADEMY OF HILVERSUM in the Netherlands.

Since the beginning of the 90s he has cooperated as a sound engineer and music producer in Yorgos Manios’ studio and in studio MAGNANIMUS of Yorgos Pentzikis  in Thessaloniki.

Between 1993 and 2000 he worked as sound engineer and technical supervisor in MILOS venue in Thessaloniki.

He has cooperated as a technician in the Cinematography Department of the National Technical University of Thessaloniki.

Since 2004 he has been working in the  ROYAL ALZHEIMER HALL studio in Thessaloniki. He is the co-owner of the studio, along with his permanent collaborator Christos Harbilas.

2001 - 2005 he cooperated with Thanassis Papakonstantinou and the band LAIKEDELIKA